General Hospital spoilers for the week of April 25 reveal Harmony Miller (Inga Cadranel) is in a downward spiral now that her past has come back to haunt her. Harmony’s unraveling fast as the walls are closing in around her.

Also, Carly Corinthos (Laura Wright) and Alexis Davis (Stephanie Erb) are in grave danger as they start to piece together Harmony’s dirty little secrets and the lengths she’s gone to keep them hidden.

General Hospital Week Ahead Spoilers: Harmony Scrambles to Hold it Together

General Hospital spoilers show Harmony Miller’s world has crumbled around her. Her decades-old secret has been discovered. Now she scrambles to keep her dirty dealings from being exposed. Her former therapist’s brother, Brendon Byrne (Josh Coxx) has her dead to rights. So after a heated discussion, Harmony accidentally whacks Brendon, causing him to die instantly. Then his body washed up at the pier where Alexis discovers it.

General Hospital watchers know Harmony didn’t intend to kill Brendon. However, she failed to report the confrontation and his accident to the police. Now her behavior is even more questionable. Harmony begins to find comfort in the bottle and utters weird statements that raise suspicion. The walls are closing in on Harmony. It won’t be long until Willow Tait (Katelyn MacMullen) learns Harmony stole her as a baby from her rightful mother, Nina Reeves (Cynthia Watros).

General Hospital spoilers say Carly pays Alexis a visit to discuss Harmony. Carly considers Harmony family since Willow is her daughter-in-law. However, when Carly said that Willow said ” I wish she was my family too”, those words caught Carly off guard. Between that odd exchange and Harmony’s erratic behavior, Carly decides to have a chat with Harmony’s best friend and roommate, Alexis – hoping the two can figure out what’s going on.

GH spoilers tease the two start to piece the puzzle together. Recall, Carly figured out Nelle Benson (Chloe Lanier) was Nina’s daughter. Will she also figure out her daughter-in-law’s biological mother is also Nina Reeves? Nelle and Willow being sisters certainly would be a shock for Nina, Willow, Carly, and their families to deal with.

General Hospital spoilers also show that while Carly is at Alexis’ house, the pair is attacked and rushed to General Hospital. The attack puts both ladies in grave danger. So as their families arrive to keep vigil at the hospital, the hunt begins to locate who attacked them. Is Harmony responsible? 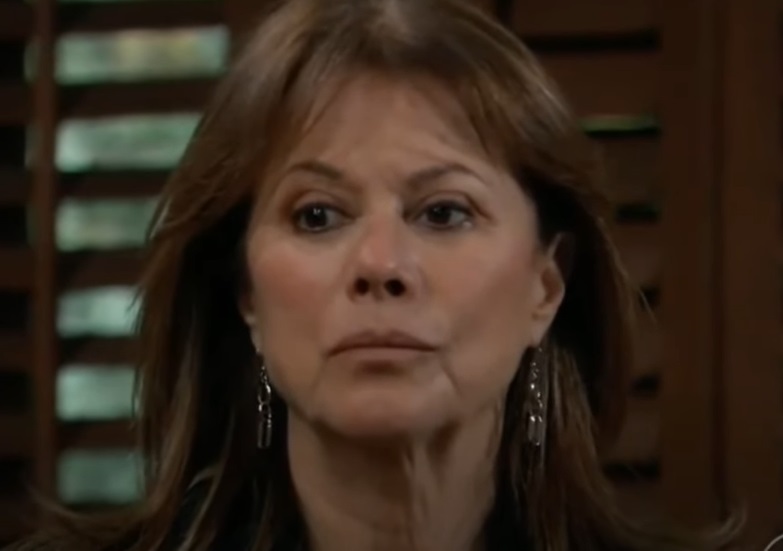 ***Please note: Stephanie Erb will be portraying Alexis Davis as a temporary recast while Nancy Lee Grahn is on medical leave***

General Hospital spoilers say things go awry at a huge Deception event. Once again it’s Sasha Gilmore that brings negative attention to her colleagues. Sasha is back on drugs and doing her best to hide it from everyone. However, what transpires has nothing to do with her drug use. Although, Nina does see the signs that Sasha’s fallen off the sobriety wagon and likely confronts her.

General Hospital spoilers tease Sasha in horror over what she sees. Does an unexpected visitor crash the event and end up dead this week on the ABC sudser?