General Hospital writers have made Nikolas Cassadine outrageously naive in order to make this Esme plot work. Nikolas isn’t the clever Cassadine that fans are used to seeing. In fact, many viewers are saddened to see Nikolas fall for Esme’s obvious ruse. Especially because Nikolas would have never picked Esme above his own wife.

Why is Nikolas so quick to side with Esme and let this girl take him for a ride, yet he was willing to alienate his own son for Ava’s sake? Certainly, most General Hospital fans assumed it would require drugs and serious deception for Esme to get Nikolas into bed. But that may no longer be the case.

GH: Will Esme Sleep with Nikolas?

Esme might legitimately sleep with Nikolas on General Hospital based on his conduct and the fact that he’s seemingly lost his mind somewhere. Esme has been luring Nikolas closer as she portrays him as her knight in shining armor.

Certainly, it seems like a recipe for disaster now that Ava refuses to share a bed with Nikolas because of Esme. Ava could be adding to the perfect storm of issues. Meanwhile, Nikolas’ passions will be blazing – making Esme’s ploy to bed him that much easier.

If Spencer Cassadine’s (Nichols Chavez) father sleeps with his girlfriend, he could be betrayed as well. Spencer and Esme’s relationship is a little shaky right now, but he gives her hope for the future. Spencer isn’t quite ready to rekindle their romance, but he acted as if he could be Esme’s boyfriend again if they took it one step at a time.

Regardless, according to General Hospital spoilers, Esme’s first priority will be destabilizing Ava and Nikolas’ marriage. Ryan Chamberlain (Jon Lindstrom) desires this, and Esme is determined to please her father. 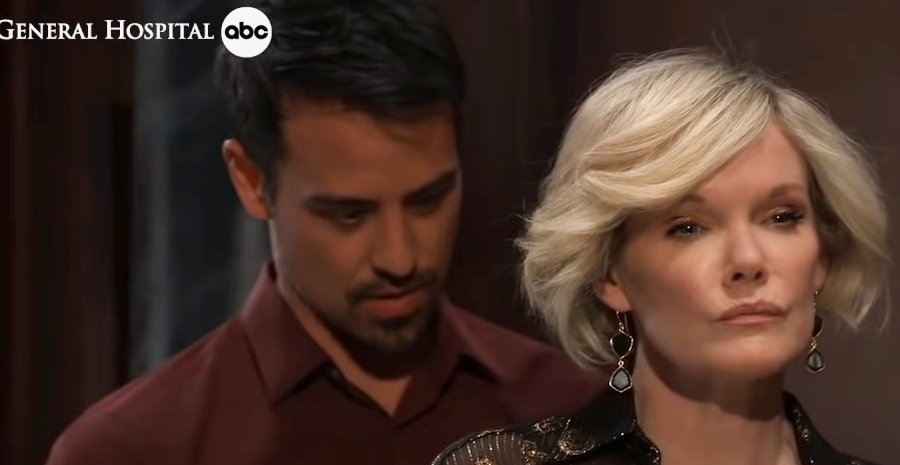 Meanwhile, the worst thing Esme could do is get Nikolas to commit adultery with her. Has Ava built a ticking time bomb of desire by pushing Nikolas to give up the most passionate part of their relationship? Even if Esme has to coerce Nikolas into it, Ava’s bedroom ban can only spell doom moving forward.

For all the latest General Hospital news and spoilers, come back to Screen Legion.